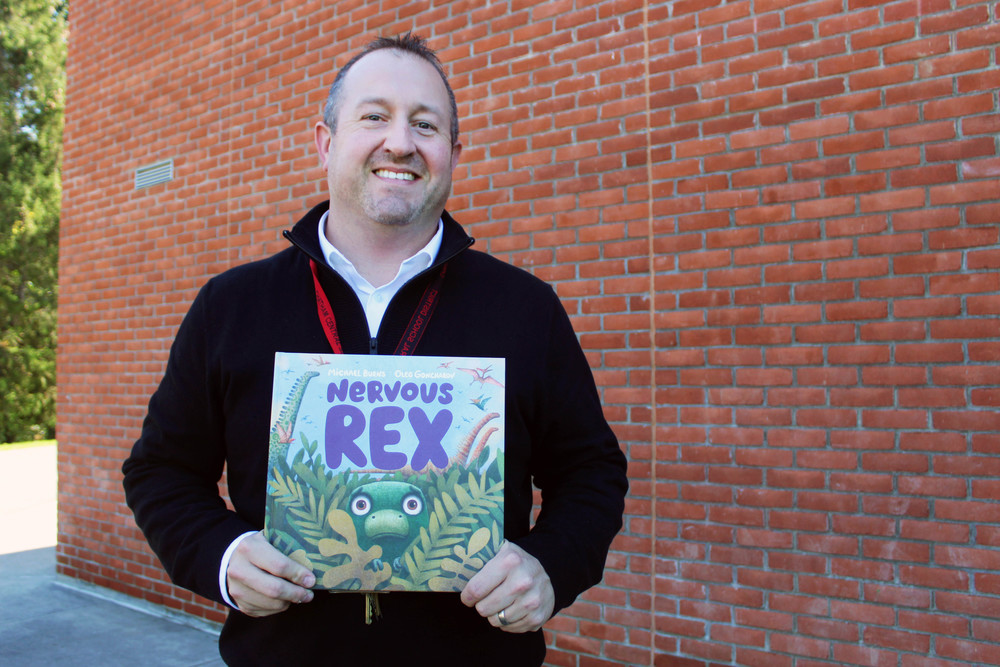 Our elementary school's library and Panthers Den each have a new book on their shelves that is helping children cope with anxiety, a gift to the school by the book’s author. Visiting authors often donate their books to our school’s collection, but what makes this one extra special is that the author isn’t a visitor to our District, he’s Chatham Middle School principal Mike Burns!

Mr. Burns recently became a published author with his children’s book Nervous Rex, about a young dinosaur who isn’t like the other dinosaurs - though he’s the son of a big, bad T-Rex, he often gets nervous and worries. At first he doesn’t know how to cope, but soon learns it's OK to be the way he is and learns strategies that help him overcome his anxiety.

“Writing is a passion of mine. I went to college originally to become a screenwriter. It's not an easy job! But I never gave up. I've written many books and received many rejection letters, but I kept writing,” said Mr. Burns.

Nervous Rex was an idea that was sparked by a conversation he had with his daughter, Lily, when she asked him to sit and draw with her.

“It is special to me because of that and because it focuses on students' mental health,” Mr. Burns said. “I have a three-book deal with my designer, editor, and illustrator so expect two more in the Rex series in the future. Never give up on your dreams, take time to relax and breathe!”